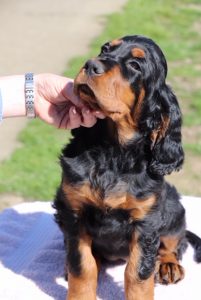 Kicking off the year at Boston Ch Sh, she won BPIB and a huge Puppy Stakes

JW at only a year old

In May won her first Res CC from the Yearling class, and went on to win two more from the same class.

Vegas won Reserve BPIS at the GSC of Scotland Match

World Dog Show in Amsterdam where in utter shock we watched her win her classes on all 3 days, and then she took BOB, gaining the title World Winner!

On the very next weekend, Vegas won her first CC

BGSC Ch Show where last year she was BPIS, she took her 2nd CC.

She finished the year with her 4th Res CC at LKA.

That win meant she shares the BGSC annual Dubledee Trophy with Sh. Ch. Amscot Sienna Spice!
Vegas also represented the breed at the JW Semi Finals in London which was so much fun.

All of the above before 23 months old. Vegas is in training now for the field and showing great promise. We are so excited to see what comes next for her. 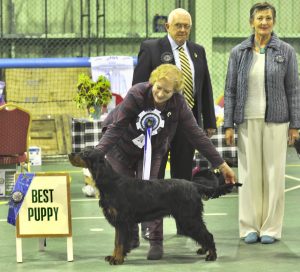 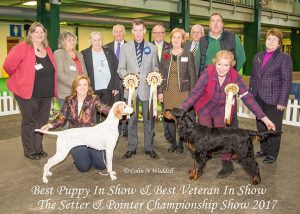 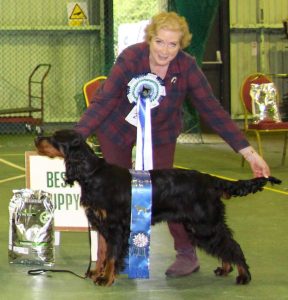